Skip to content
Draw From Your Well of Courage 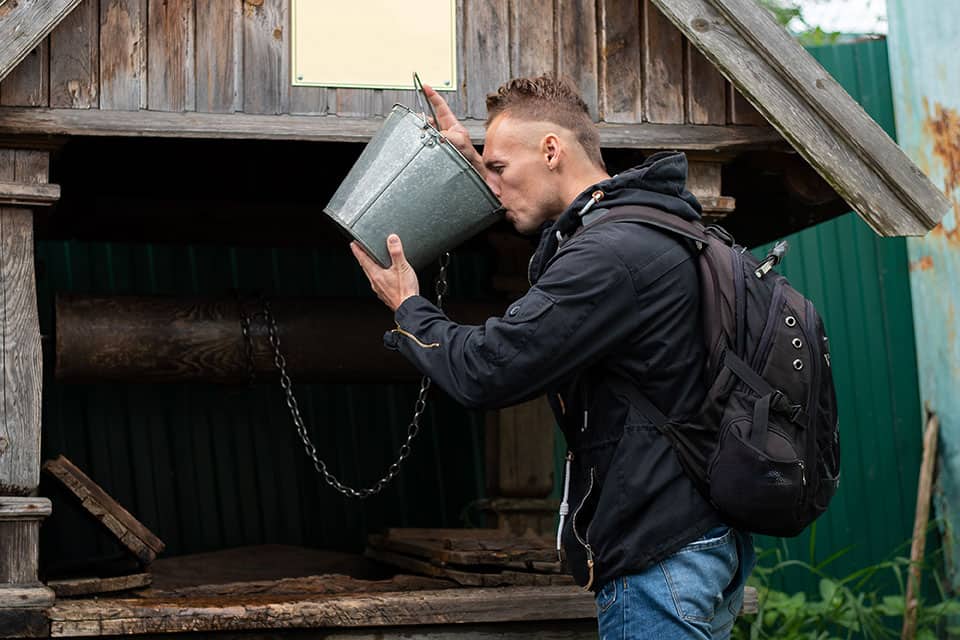 “At intervals between a bomb falling it sounded like church:
voices from nearby slit trenches all chanting the Lord’s prayer together
– over and over again.  Louder when the bombs hit closer.”

COURAGE is not the absence of fear, rather the ability to move through fear to do what is right and brave.  These men in foxholes drew courage as they exercised faith, as they prayed, as they turned their fears over to their Father in Heaven.  As we have discussed, FEAR + FAITH = COURAGE. So let’s dive deeper into “courage,” and see where it fits in these crazy days of Corona Virus tribulation.

In World War II, President Franklin Roosevelt reminded the nation “We have nothing to fear, but fear itself.”  His First Lady Eleanor defined courage as “staring down fear.” Many a combat veteran will tell you that “courage is holding on ten seconds longer, then another, and another.”  The root word for courage in Latin is “cor,” meaning heart. In essence, courage is motivated from the heart to do something brave and purposeful, despite the presence of potentially overwhelming fear. Finally, while we think of physical courage such as charging an enemy machinegun nest, there are other dimensions of courage.  Collectively, there is physical, mental, spiritual, emotional, and relational courage. Resilient Leaders discusses these dimensions of courage in far greater detail, all of them requiring “staring down fear” through the power of faith. Certainly, the current Corona Virus challenges us across every dimension of courage.

Now, let me explain where courage fits into the resilience equation.  We all have a “Well of Courage” that is constantly being filled or depleted.  An encouraging word from someone might add to it while a sleepless night might reduce it.  Observing a courageous act by another would be a positive while rejection by a respected person could diminish your well of courage.  Reading a Medal of Honor Citation or reading stories of courage from the Bible serves to refill your well, or an inspiring move, or heart grabbing music.  A famous Army General Dick Cavazos once said “Careful you don’t dip too deeply into your well of courage.” Each of us must be wise to make physical, mental, spiritual, emotional, and relational deposits into our well of courage so that we will have resources to draw upon when fear raises its ugly head, when the waves start to come over the side of the boat.

A key element of “Weathering the Storm” (DURING phase of the Resilience Life Cycle) is to “Draw from Your Well of Courage.” Prayerfully, when all us have to dig deep (such as now!), we don’t come up empty handed.  Here are some suggestions:

They were stoned, they were sawn in two, [a]they were tempted, they were put to death with the sword; they went about in sheepskins, in goatskins, being destitute, afflicted, ill-treated (men of whom the world was not worthy), wandering in deserts and mountains and caves and holes in the ground.  And all these, having gained approval through their faith, did not receive what was promised

Yes, others before us have stared down fears equal to the challenges of Corona virus and our economic downturn.   Hebrews 12:1-3 continues this parade of courage by highlighting Jesus,

“Therefore, since we have so great a cloud of witnesses surrounding us, let us also lay aside every encumbrance and the sin which so easily entangles us, and let us run with endurance the race that is set before us, fixing our eyes on Jesus, the author and perfecter of faith, who for the joy set before Him endured the cross, despising the shame, and has sat down at the right hand of the throne of God.  For consider Him who has endured such hostility by sinners against Himself, so that you will not grow weary and lose heart.”

Now that is FAITH and COURAGE!  That is RESILIENCE – GOD STYLE!

Now for the application phase.  I encourage YOU to think about what refills your well of courage.  Work hard to take in the right “living waters” so that your well is brimming with courage and expectation.  Apply some of the suggestions above. You may or may not be digging deep at this moment, but predictably during this national crisis we all will need to “Draw from our Well of Courage.”  This is a key element for “Weathering the Storms of Life,” both now and in the future.

“In the world we will have tribulation,

But take COURAGE, I have overcome the world.”

What drains your Well of Courage?

How can YOU refill your Well of Courage NOW?

How can you help others do the same?