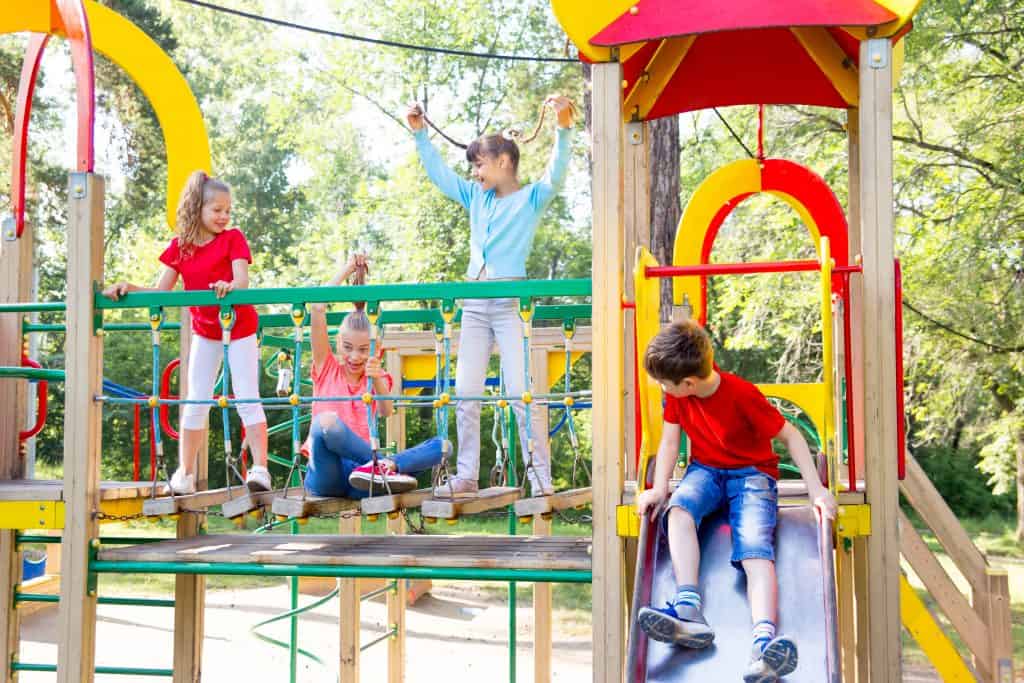 The game was close — middle of the 4th Quarter — the high school football teams were tied — one of my teen grandsons was in the game.  Our team runs a wide sweep with a jarring tackle near their own bench — suddenly the tackle turns into a fight which turns into a mini-brawl between the teams.  We’ve seen it happen before — I know I was involved in such frays as a teen football player.

So what happens?  The coaches sort out the two teams, identify the primary offenders, put them on the bench or out of the game, talk to their respective teams during this teachable moment, give a thumbs up to the referees, and play on.  RIGHT? WRONG!

Almost unbelievably, the coaches started yelling at each other.  While it was difficult to see the exact deliberations from the stands, suddenly the coaches and their teams ran off the field.  They had called the game! Instead of using the dustup to reinforce sportsmanship, conflict resolution, and resilience; the coaches had thrown in the towel.  Subsequent reports from the locker room were even worse, with the coach “influencers” venting about all the wrong things, demonstrating toxic reactions that we should never model for growing children and teens.

The incident was apparently too much for fragile and increasingly entitled players, as well as too much for coaches who lacked the maturity and perspective to turn the obstacle into an opportunity.  Instead of resolving the conflict, learning, and moving forward; the path chosen was the equivalent of dysfunctional “emotional cutoff” instead of healthy conflict resolution. 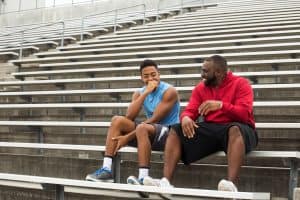 Regrettably, this true vignette is a microcosm of our culture today. On a national scale, we have far fewer parents, coaches, teachers, and others who teach our children how to deal with the inevitable disappointments, failures, and conflicts in life.   Resilience is a critical life skill to be taught and learned from the cradle forward, yet such resilience is becoming rarer by the day. The negative outcome is children who don’t learn at a young age to navigate the small disappointments of life. This cascades into teens and young adults who are emotionally handicapped, unable to resolve relational tensions in healthy ways, unable to entertain civil discussion with opposing views, and unable to withstand major life challenges.  In short, we are raising too many eggs. “Humpty Dumpty sat on a wall” … and you know the rest.

In No Safe Spaces (pages 126,127), Dennis Prager and Mark Joseph describe the phenomenon and its causes well:

“You’ve heard of helicopter parents who hover over their children, eager to rescue them from the slightest misfortune, haven’t you?  That’s nothing compared to another recent trend: bulldozer parents. Bulldozer parents clear the way for their children, pushing aside any obstruction.  When their precious little snowflake angel gets a D in algebra, the parents rush to the school and demand to know why. They blame the teacher instead of encouraging their own child to study harder and get better at math.

“Kids pick up on subtle messages more than we realize, including the lessons that parents teach with this kind of behavior.  By the time they graduate high school, they have had it drilled into their mushy little heads that they are perfect creatures:  the pinnacle of the universe’s machinations.

“After eighteen years of this, kids head off to colleges and universities that have abandoned their original mission of rigorous academic inquiry in favor of politically correct culture.  … Those children go to college with the expectation that they’ll be handled with kid gloves, so schools become even more politically correct. The cycle continues, getting worse with each generation.

“Schools erase Shakespere from their English curricula and America’s Founding Fathers from their history classes for the same reason youth sports leagues stop keeping soccer scores:  they don’t want anyone feeling hurt or left out. And in both cases, handling the children with such over-the-top care and attention creates an unearned sense of entitlement. If you try to prevent students from dealing with difficulty, soon they begin to expect (nay, demand) that level of comfort.”

While MUCH more could be written and discussed about this concerning cultural trends, let’s think about “what right looks like” as we seek to “Grow Children That Bounce.”  Here are five suggestions (among many that we all could identify):

No doubt you can identify other ways to “Grow Bounce in Children.”  As well, the resilience principles set forth in the Resilience God Style book, videos, and game are applicable to any age.

To land this plane, it is never too early to start building bounce in our children.  While all of our children inherently have different resilience quotients, they all can get better, wiser, stronger as they navigate the inevitable “body slams” of life.  This is what will help them become ready and resilient, prepared to honor and serve God under any circumstances.

As the Apostle Paul proclaimed,

“Not that I speak from want, for I have learned to be content in whatever circumstances I am.  I know how to get along with humble means, and I also know how to live in prosperity; in any and every circumstance I have learned the secret of being filled and going hungry, both of having abundance and suffering need.” (Phillipians 4:11,12)

This is what being ready and resilient looks like, for us and for our children.

Are you helping your children to grow “Bounce?”

Help us learn from you!

Help us learn from you… tell us your story!