I hope you remain healthy in body, mind, and spirit during this Winter of COVID19.    I say Winter because of the many CV19 deaths, illnesses, and darkness across our land, and the resulting isolation and economic impacts.  In a symbolic way, it is starting to feel like a long, hard Winter — a time of seeming death, and desolation.

Gratefully, Spring follows Winter.  Spring is a powerful symbol of new life, new beginnings, growth, and HOPE.  Our blog this week will discuss this transition to “Springtime in America” as it emerges from the Winter doldrums of COVID19.

This week a gentleman expressed appreciation for these Resilience God Style Newsletters.  He said, “I would hope your distribution list is 5-6 million… this is such a timely and encouraging word.”  We do appreciate our loyal subscribers, but our list is not in the millions.  That said, my grandmother used to say “Many hands make light work” — perhaps if each of you begin sharing these letters with family and friends; we together can be merchants of hope to a far broader audience during this time of national need.

May each of you have a blessed week as you continue to Draw from your Well of Courage, Wait Well, and Guard Your Primary Relationships.  Together you comprise an Army of Resilient Warriors.  America needs you like never before.

PPS- In Resilience Resources I highlight the RGS Training Game again — a fun activity with a purpose while you “shelter at home.” 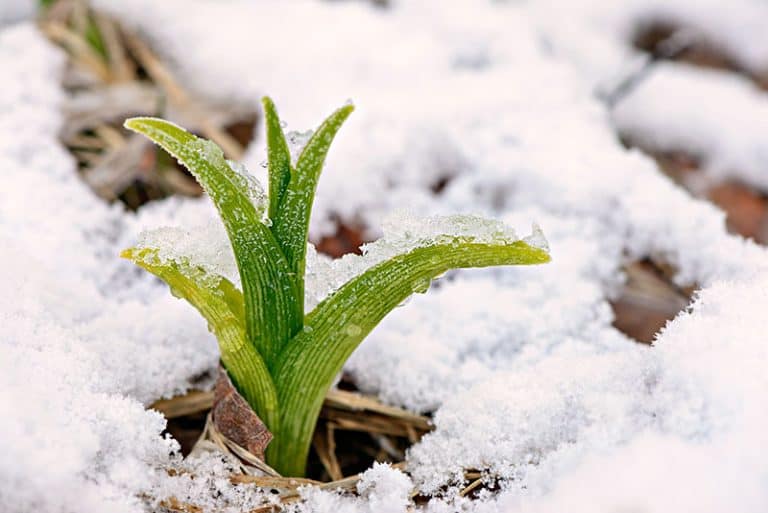 What is your favorite part of Spring?  Maybe the return of birds who chirp their distinctive songs as they flit about the freshness of new growth?  Or perhaps the green shoots that appear under the melting snow?  Possibly for you it is the flowers in bloom, or the bluebonnets in Texas?  Whatever your particular moment of awe as Spring returns, I think we can agree that it is a special time – a time of newness, growth, potential, anticipation.

Winter is the point where the Earth (and those that dwell therein) has been “Beaten down, BUT not destroyed.” America has had a very tough Winter – fear of infection, deaths, economic downturn and massive layoffs – a very tough Winter in this Season of COVID19.  Yet, America has also been beaten down, but certainly not destroyed.  In fact, “Springtime in America” – better health security, growing economic momentum, and renewed vital optimism —  is just around the corner.

With Springtime in America in mind, let’s think about what we should be doing in these last weeks/months of waiting for the COVID19 Winter to pass:

Each of us as individuals, leaders, and organizations must be PLANNING for Springtime in America.  What does that look like for a Church, a Community, a Business, a School, and for each of us as citizens, parents, leaders, and individuals?  Proverbs 16 can be considered the “planning” chapter of the Bible:

A plan provides HOPE, a pathway to follow in uncertain times.  Whether how to get our own financial house in order or how to jumpstart the US Economy, it is critical to have a plan, one that is based on hearing God’s voice, commitment to God’s purpose, and attentive to God’s direction. The question for all of us as we plan for Spring is are we listening, are we committing, and are we following?

Each of us as individuals, leaders, and organizations must be PREPARING for Springtime in America. What does it look like for stores to open again?  What will it take for you to trust your favorite restaurant to keep you “safe” when it reopens?  What does resumption of Church gatherings look like, or baseball season, or going to your favorite movie.  Certainly things will be “different” in the transition from Winter to Spring in America, but we must be prudent to prepare.  Often preparation is a step of faith, such as Noah building an ark long before the storms appeared.

Similarly, after demonstrating God’s power in contrast to the impotence of the prophets of Baal (I Kings 18), Elijah in faith told King Ahab, ”Go up, eat and drink; for there is the sound of the roar of a heavy shower” (sorely needed in the severe famine).   Elijah went to the top of Mount Carmel and crouched down with his head between his knees, sending his servant to look for far off clouds.  After six reports with no clouds, the servant reported “a cloud as small as a man’s hand coming from the sea.” Again operating by faith and expectation, Elijah sent word to King Ahab, PREPARE your chariot and go down, so that the heavy shower does not stop you.” Soon the sky blackened, the winds rose, and there was a heavy shower.  The wisdom of preparation became apparent.

As a person, a family, an organization; how are we preparing for the Spring which follows the COVID19 Winter?   We must lead the target, both physically and spiritually.

Each of us as individuals, leaders, and organizations must also be PLANTING for Springtime in America. You may be familiar with our earlier blog “Plant Early, Plant Often,” tapping the frequent Biblical analogy of farming.  Jesus chose this analogy to describe the Kingdom of God in Mark 4:31,32 –

31 It is like a mustard seed, which, when sown upon the soil, though it is smaller than all the seeds that are upon the soil, 32 yet when it is sown, it grows up and becomes larger than all the garden plants and forms large branches; so that the birds of the air can nest under its shade.”

A seed represents promise and potential.  One plants a seed in faith, recognizing that when sown, it will grow up and become larger, and serve a higher purpose of providing shelter for others.  As we endure these last weeks of COVID19 Winter, we must not neglect to plant seeds – seeds of vision, encouragement, spiritual formation, relationship.  Now is not the time to be idle —  it is time to plant.

Each of us as individuals, leaders, and organizations must be PRAYING for Springtime in America.  Fear and anxiety abound, yet God says “Be anxious for nothing, but in everything by PRAYER and supplication with thanksgiving, let your request be made known to God.” (Phillipians 4:6)  This is not a time to be bashful about prayer.  If you or I had a young child with a life-threatening illness, we would be praying like crazy.  In fact, America has a life-threatening illness, both physical and spiritual – definitely a time for all of us to pray like crazy.

So all of this is pretty basic,

Yet, these define an important mindset of faith, expectation, and ultimately HOPE that Winter will soon turn to Spring.  And it surely will!

What PLANS and PREPARATION can you lean into now
as an expression of faith in the coming Spring?

What seeds can you PLANT
in anticipation of Spring in America?

What is your PRAYER for self and others
during these challenging times?

How would you explain this picture to a young child? 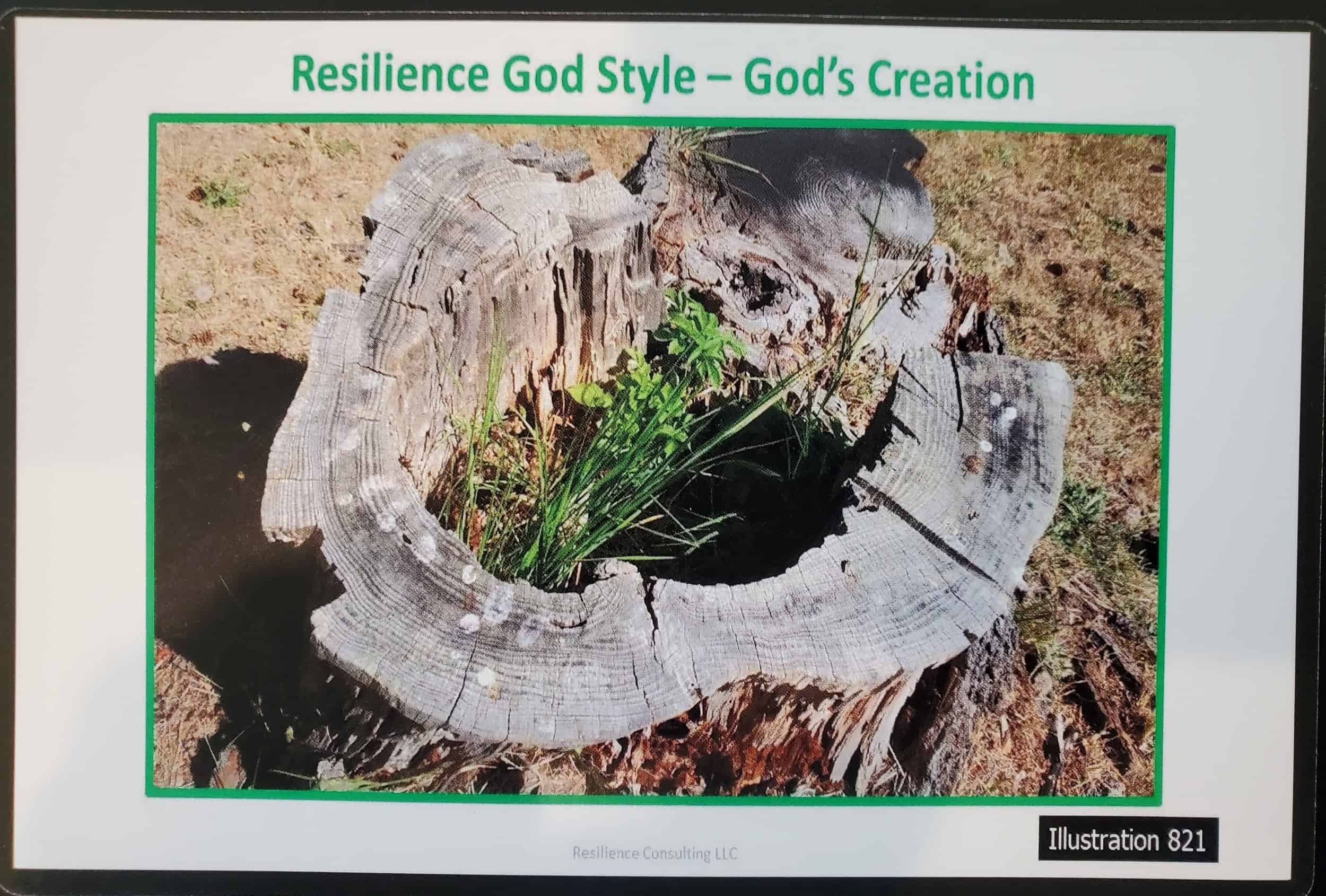 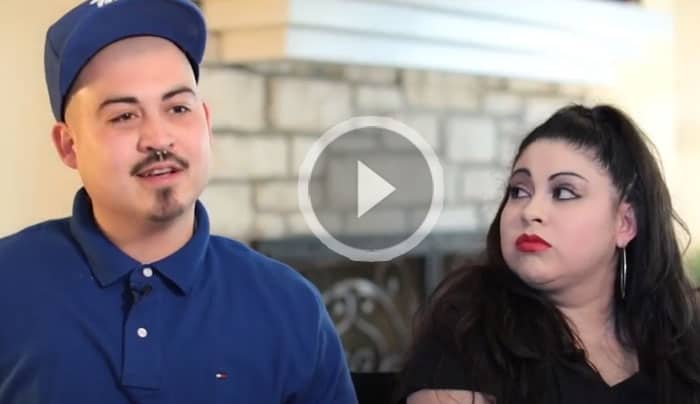 “Timely words of wisdom for these uncertain times and a great reminder to lean into God and pray, for it is He who commands authority over all things in heaven and on earth and He is on our side”.
~JB, New Jersey

“Tonight I’m having a zoom meeting with our Table Leaders to get them prepped for beginning the series Resilience God Style Video Series). God clearly “prepped” you with this whole series for “such a time as this.” Thank you brother for your work! We’re launching in New England over the next week. I’ll keep you informed as to how our men are responding.”
Blessings,
Pastor Jay Abrahamson from CT