Skip to content
Issue 33: Lost His Legs, Found His Soul

Our last newsletter, entitled “Don’t Stuff It!” was devoted to mourning loss and grieving well.  Although this topic is pretty heavy, it also proved very relevant to the many who are navigating loss during these days of COVID19.  This topic has become even more relevant during the subsequent days of racial discord and civil unrest.

The importance of NOT stuffing grief and loss cannot be overemphasized. Those who “stuff  it” will find out it surfaces in other ways — such as a hole in the stomach wall, or aggressive driving, or frayed relationships, or even loss of hope.  While physical distancing is essential to prevent the spread of virus, proper mental and spiritual health practices are also essential to minimizing the impacts of these stressful times.

I dedicate this newsletter to our Nation’s Military of Past, Present, and Future.  This week we are sandwiched between Memorial Day and D-Day (June 6, 1944, better know as “The Longest Day” which began the liberation of Europe and the defeat of Nazi Germany).

As well, I note that for some of our veteran and active duty members, their longest day occurred when least expected.  We devote our Feature Article to Profile in Resilience Allen Clark, whose longest day was June 17, 1967. In reality, his pain lasted not days, but years.  Gratefully, Jesus rescued him and allowed him to “bounce back” even higher than before.  I know you will find Allen’s story inspiring.

As well, in “Resilience Resources” I highlight an equally inspiring music video by the West Point Glee Club entitled “The Longest Day.”  This is a very  short but powerful historical reminder with priceless vintage photos — we owe it to ourselves and future generations to remember “D-Day,” a classic example of the price others paid for our freedoms.

Even while we honor our military veterans, and by extension first responders and healthcare providers during this war against CV19; our hearts also grieve at the tragic loss of life and destruction of property that has characterized this last week in America.  The prayer in “From the Mailbox” below is a humble cry to God to “save us from ourselves!”

May you have a blessed week as you also seek to be Resilient Warriors in these turbulent times.

PS- As a reminder, our Resilience God Style Newsletters website page has an archive of all past RGS newsletter content for your future reference, or for you to share with others.PPS- I’m highlighting the RGS Training Game again — a fun activity with a purpose while you “shelter at home.”

“Greater love has no one than this,
that one lay down his life for his friends.”
~John 15:13 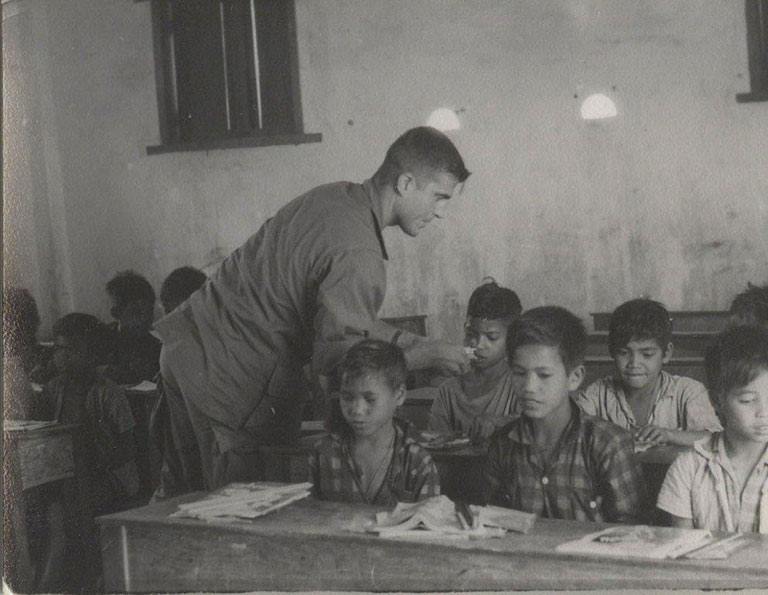 Lost His Legs, Found His Soul

What did this process of bouncing back…look like for Allen Clark, Vietnam Veteran, successful banker, distinguished leader in the Department of Veterans Affairs, founder of the Combat Faith ministry to veterans, and author of Wounded Soldier, Healing Warrior, a personal story of a Vietnam Veteran who lost his legs, but found his soul?…a few snapshots of Allen experienced inexplicable loss in his life: the loss of his two legs, and the shattering of dreams for the future.

“As it stands now, my left leg has been amputated just below the knee, and it’s questionable at the present to me about the right one. I will probably require more surgery in the States. It may be as long as eight or nine months before I’ll be out of the hospital. As far as I’m concerned, everything will be the same in the future. The only difference is that I’ll have to be fitted with prosthesis.”

Benefiting from forty years of life experience after enduring the many surgeries, the emotional trauma, the fourteen week commitment to the closed psychiatric ward of Brooke Army Hospital, and the significant life impacts (both obstacles and opportunities); Allen states the reality later in his book, page 30: “The events of June 17, 1967, resulted in monumental changes to my life.” But, because of faith, family, and friends (such as spiritual mentors Andy and Gail Seidel, and so many others), the monumental changes had become catalysts for a powerful life transformation. In his own words, Allen stated to me that “the resiliency after six years of psychiatrist appointments and anti-depressants occurred when Jesus, who had been Savior of my life, also became Lord because I began to understand prayer and the spiritual warfare battle in which I had been engaged for six years.”

In the words of 2 Corinthians 4: 8,9; Allen Clark had certainly been afflicted, perplexed, and struck down, but because of his personal faith in Christ he was not crushed, despairing, forsaken, or destroyed. In God’s Providence and Provision, Allen was able to grow as a resilient warrior, to truly rebound, and higher than ever before.

The Honorable Allen B. Clark  continues to model Resilience God Style for the rest of us.  He has just published his third book entitled Soldiers’ Blood and Bloodied Money (2019), and helps other veterans through his Youtube CombatFaithChannel and www.combatfaith.com website.  He remains a great inspiration to many and an important standard bearer for God and Nation.  His email byline is a clear call for America to return to our essential spiritual foundations:  “Apart from faith in God and obedience to Him, there is no ultimate security, might or power to sustain a great culture, civilization, or military supremacy, however advanced they may be.”

What a privilege to observe a man who has suffered greatly, who could have easily ended his own life many decades ago, who could have become just another statistic — YET who Jesus transformed to be a resilient inspiration to many.  May God Bless You, Allen Clark… and the many others who have also been able to bounce higher than ever before, higher than you could ever dream possible.

May this be true for each of us — Resilience God Style!

In these days of historical amnesia, the following game question
serves as a useful reminder for all of us,
particularly our younger generations of Americans. 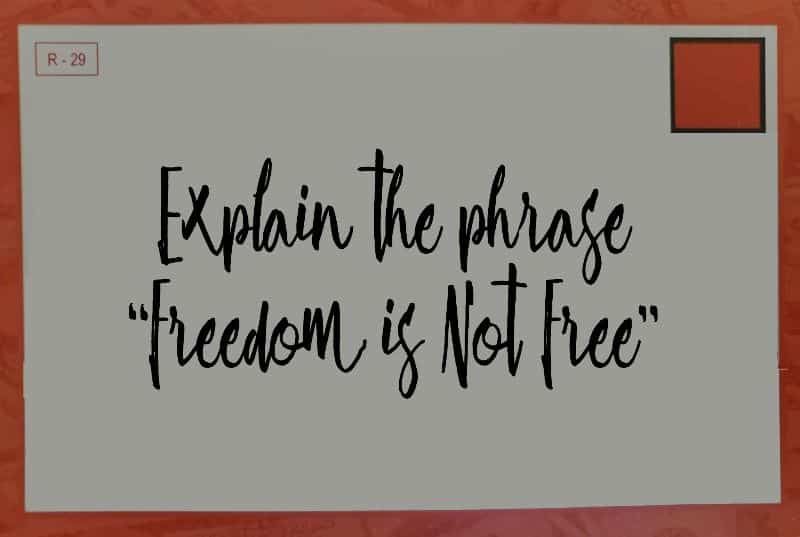 Suggested Answer:   Freedom is a valuable commodity that comes at a cost.  We all pay the price of freedom when we respect the law, or respect others.  In a military sense, America’s military members sign a check for their very lives in defense of our nation and each of us.  Jesus valued such sacrifice when he said “Greater love has no one than this, that one lay down his life for his friends.” (John 15:13)

The Longest Day
Presented by the West Point Glee Club

A heartfelt prayer from one of our readers:

“LOST HIS LEGS, FOUND HIS SOUL”