Skip to content
Issue 8: Resilient Enough to Get Back Into the Saddle
Fellow Resilient Warrior Randy,
I hope your week is going well! No doubt we all are experiencing the normal ups and downs of life. Prayerfully, each of us is able to place whatever joy or trial we may be facing into the strong, capable, and loving hands of God. This is, after all, the essence of Resilience God Style. A verse from the song “Like A River Glorious” says it well:“Hidden in the hollow of His blessed handNever foe can follow, never traitor standNot a surge of worry, not a shade of careNot a blast of hurry, touch the spirit there”“Stayed upon Jehovah, hearts are fully blessedFinding as He promised, perfect peace and rest”This edition will focus on a contact sport called leadership. Specifically, how do each of us as leaders — fathers, mothers, business leaders, military commanders, church pastors, et al — navigate the many complexities and adversities of leadership, as well as helping those we lead demonstrate resilience. This can be termed Resilient Leadership — “selfless service over time from a platform of character and competence.” (from Resilient Leaders) This week’s feature article addresses the “over time” part of this definition — how do we and those we lead stay the course? … how do we not grow weary in leadership? … how do we stay and finish strong?In case you haven’t discovered it, our Resilience God Style website (newsletter tab) has an archive of all past RGS newsletter content archived for your future reference, or for you to share with others.My prayer for each of us continues to be that we might learn and model Christ-like resilience as we navigate the storms of life and help others do the same. May each of us lead well — like Jesus!Have a blessed week as you “bounce” along, hiding in the hollow of God’s blessed hand.Respectfully in Christ,Bob Dees“Not by power nor by might, but by My Spirit, saith the Lord”

“Well done, my good servant!’ his master replied.
‘Because you have been trustworthy in a very small matter,
take charge of ten cities.”
(Luke 19: 17, NIV) 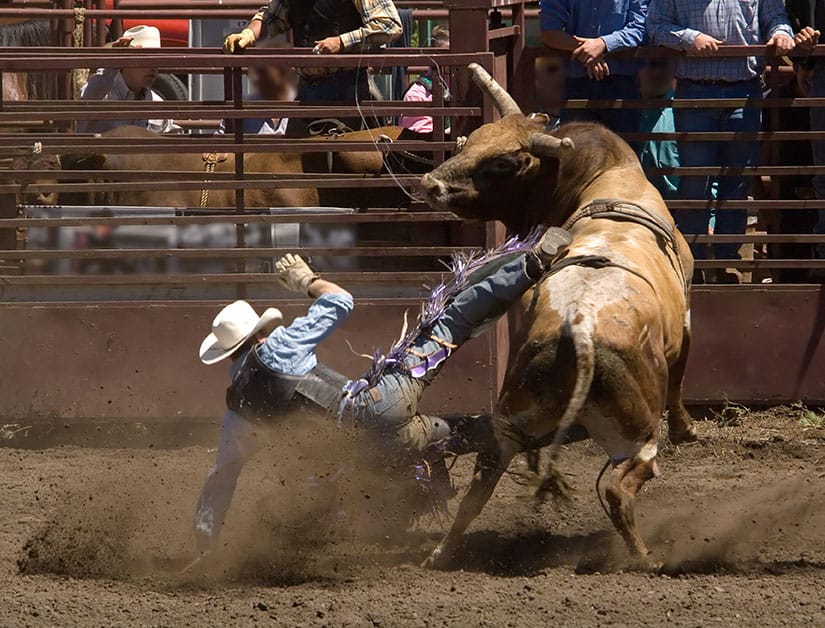 Resilient Enough to Get Back in the Saddle

by Bob Dees
I spent time with a young officer who had worked for me in the past. He was getting ready to assume command of a battalion sized formation (roughly 700 troops) which would deploy to combat. In an unusual moment of candor for a military professional, he looked at me with tears in his eyes, soberly reflecting, “Sir, I don’t know if I can get back in the saddle.” This brave young officer, one of the finest leaders I have ever observed, had within the past year led another outfit in combat, experiencing significant loss of life and the associated trauma to families and fellow troopers. The weight of this leadership responsibility for human life and livelihood, the sustained press of constant vigilance, the frequent question, “Could I have done more?” (to save their lives), and the prospect of experiencing another “bloody deployment” had become almost overwhelming for this young leader, and for his wife and family.
It was clear that he had dipped very deeply into his well of courage. He was not sure if he could go on, yet he did. Through rest, reflection, the restorative power of personal faith, and an amazingly supportive family, he did get back in the saddle. He was uniquely equipped to provide life-giving leadership to a team which needed him. Because of his own resilience, he was now able to impart hope, courage, optimism, competence, and character to those he would lead through another round of noble accomplishments and numbing losses.
The resilience of this young leader has kept him in the fight, on behalf of the many who would conceivably perish without him. As importantly, his crucible leadership experiences are equipping him to lead thousands and tens of thousands. Having led and learned through challenging formative leadership experiences, this young leader will soon walk into a destiny of increased responsibility, service, and personal fulfillment, not unlike the good servant who properly stewarded his master’s talents: ‘“ Well done, my good servant!’ his master replied. ‘Because you have been trustworthy in a very small matter, take charge of ten cities.” (Luke 19: 17, NIV)
I venture to say that in your own marketplace of leadership (in the public or private sector, on the world stage or in the nursery, as a uniformed servant facing death daily or as one facing the daily monotony of shop life, in the complexities of a corporation or the high risk of small business ownership, or name your specific marketplace…), you can identify with most of these questions and challenges. I offer that you too sometimes wonder if you can get back in the saddle. I strongly suspect that resilience is a highly sought after quality for you as a leader, as it is for me and so many others.
So what about you?
Have you ever wanted to quit?
Have you ever wanted to hide?
Have you ever been pressed to the edge of personal integrity through anger, fatigue, or fear of failure?
Help us learn from you… tell us your story!
Share your COMMENTS with us below. 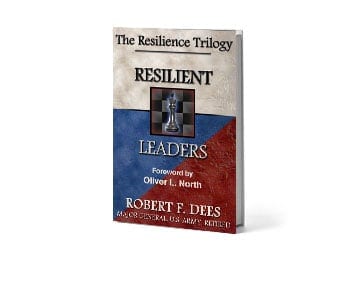 This month’s Resilience Resource is Resilient Leaders, a Biblically-based tool which helps leaders set the conditions for optimal team performance, guides leaders through “in extremis” crisis actions, and advises leaders regarding how to help their organization regain momentum and vital optimism after a disruptive event. As well, this resource has valuable content and assessments regarding Leader Self Care.

This week’s question comes from the “During the Storm” section of the Resilience Training Game. Leaders must frequently navigate crisis — this question highlights how crisis helps to galvanize us as leaders. 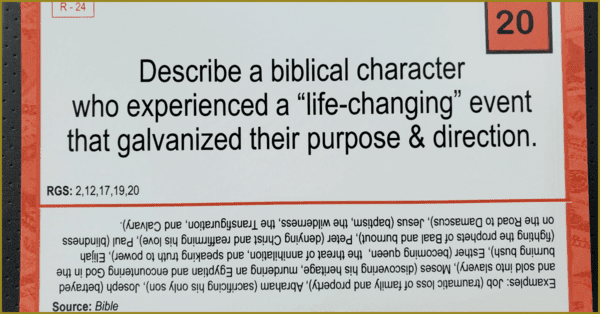 How would you (or your team) answer this one?
Some possible responses: 1) Job (traumatic loss of family, health, and property, 2) Joseph (betrayed and sold into slavery, 3) Elijah (fighting the prophets of Baal and burn out, 4) Esther (threat of annihilation, speaking truth to power, became queen), et al.
Tell us by sharing your COMMENTS below.

Related to our last newsletter edition honoring veterans, here is some input from a grandmother which highlights the untapped potential in so many of our nation’s veterans:
“My grandson is a Ranger who still prefers to be under the radar. Served in Afghanistan. A quiet servant leader.”
America needs leaders like this!