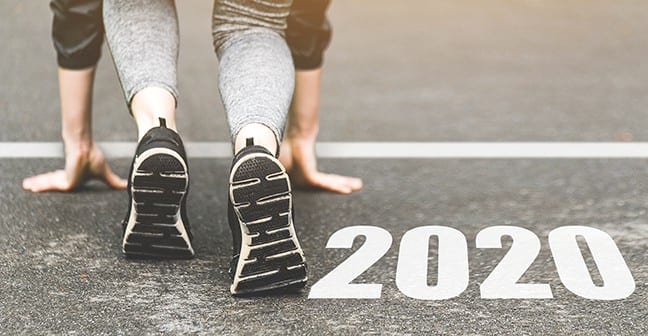 In the introduction to Mid-Course Correction, Gordon MacDonald discusses a characteristic called “vital optimism” which at its very heart is simply hope.  MacDonald highlights John Keegan’s The First World War sobering discussion of the British battle of the Somme where they suffered 425,000 casualties, threatening their vital optimism as a nation. MacDonald defines this vital optimism as “a quality of spirit possessed by a community or a person where there is a persuasion that the best is yet to be… From such a spirit come increasing excitement, incentive, and the love of nobler purposes.” He further states that vital optimism is really hope—“the confident expectation that history is going somewhere and that God, our Creator and Redeemer, is powerfully directing it.”

Conversely, when a nation or an individual have been crushed, defeated, “body slammed,” there is often a temporary or permanent loss of optimism and hope.  Explaining what this dynamic looks like in the lives of warriors (remember, that’s all of us!), he continues, “I have known many people who, after a personal struggle of some kind (proportionately similar to Britain’s tragedy at the Somme), have lost their vital optimism.  A man comes to mind who was suddenly terminated from a high-level job. No one, including him, could have foreseen such a possibility. He was devastated; he never really recovered from the shock. Now, more than a dozen years later, he remains stuck in cynicism and bitterness, and as far as I can see, his life is going nowhere.”

Hence, a critical element in “Bouncing Back” without getting stuck is the recovery of “vital optimism” and the recovery of hope for a brighter future.  Part of this process is learning to Sing A New Song, a metaphor I will use for the broader concept of being renewed in body, mind, soul, spirit, and relationships as we rise from the ashes of brokenness.

Although not musically gifted, I periodically try to sing—in the shower, in the car, usually away from human ears unless I am really with a trusted friend.  When singing a new song, my notes are halting, often discordant, exploratory.  Yet soon these tentative, plaintiff attempts at melody quickly become robust, clear (at least in my tone deaf ears), and sung to the top of my lungs.  Often by surprise, I suddenly find myself singing with total abandon, “going for it,” confident and optimistic beyond all expectation.

Similarly, as we obediently seek to sing a new song in our recovery from trauma, we will soon find that the Creator God starts refilling us—putting spring back into our tired steps, igniting sparks of creativity and vision into our depleted minds and hearts, and supernaturally infusing greater clarity and confidence into our dispirited souls.

Have you ever thought much about the power and exhilaration of new?  Perhaps for you it is the new of gifts on Christmas morning, or maybe the smell of a new car, or the newness and adventure of the first day of a new school year, or a new prosthesis, or starting a new job, or a new baby.  With new comes expectation, freshness, optimism, and ultimately hope.

Stimulated by a Sarah Young New Year’s devotion in Jesus Calling for January 1, which stated, “A close walk with God is a life of continual newness…,” Kathleen and I did a biblical topic study on new with dear friends we were visiting.  We were reminded of the many aspects of newness which God has waiting for all of us in the New Year and every day: God is doing a new thing among us (Isaiah 43:19), we are new creations in Christ… “the old has passed away, and the new has come” (2 Corinthians 5:17), we are challenged to put new wine into new wineskins (Mark 2:22), Christ is a new and living way (Hebrews 10:20), Christ makes all things new (Revelation 21:5), Christ gives us a new commandment of love (John 13:34), God gives us new names to move us into new realities (Isaiah 62:2), His mercies are new every morning (Lamentations 3:22,23), God transforms our lives through renewal of our minds (Romans 12:2), we are challenged to put on the new man (Colossians 3:10), and many references to God’s Holy Spirit Who sends new breezes, new comfort into our lives on a daily basis.

Particularly when you have been body slammed and life as you knew it may have come to an abrupt halt, such reminders of new beginnings are very encouraging, serving to spark optimism, and hope, and dreams for the future.  “For I know the plans that I have for you,” declares the Lord, “plans to prosper you and not to harm you, plans to give you hope and a future.”  (Jeremiah 29:11, NIV, emphasis added)  This awareness that God the Creator is the author of new beginnings, and that He seeks a prosperous and hopeful future for you, is often the spark that helps you start looking forward and not back, that helps you start to sing a new song.

Speaking of singing, have you ever heard of anyone singing in prison?  From the Book of Acts, we learn about some really “crazy dudes” named Paul and Silas.  The head dude, the Apostle Paul actually, had chosen a faithful man, Silas, as his “battle buddy” on his missionary journey into Macedonia.  Early in the journey in the vicinity Philippi they had great success in spreading the hope of Jesus to the Gentile people, but they soon encountered opposition.  In fact, they got “body slammed” pretty bad. They were falsely accused by some local businessmen, convicted by a “kangaroo jury,” reviled by a rioting mob, beaten with rods, and thrown into prison with their feet in stocks.  Now, that’s pretty tough stuff. Maybe you have been through similar circumstances. For many of us, that would be the “egg splat,” game over!

Yet, this was not Paul and Silas’ first rodeo.  They had learned to be content, to be resilient, and to bounce back in all circumstances. “…for I have learned to be content in whatever circumstances I am.  I know how to get along with humble means, and I also know how to live in prosperity; in any and every circumstance I have learned the secret of being filled and going hungry, both of having abundance and suffering need.  I can do all things through Him who strengthens me.” (Philippians 4:11-13, emphasis added)

I’m sure one of the keys to such resilience was their ability to sing a new song, and we have a prime example:  “But about midnight Paul and Silas were praying and singing hymns of praise to God, and the prisoners were listening to them…”  (Acts 16:25, emphasis added). I’ll leave it to you to read the remainder of the amazing account of the ensuing earthquake and the salvation of the jailer who was charged with insuring their captivity, but let’s not miss the point regarding resilience.  I don’t think they were praying and singing because they were comfortable or just because they were such godly men; I think they had developed the mental and spiritual reflex to look up, not down; forward, not back. Praying and singing a new song (even in prison!) was a means to stand firm and courageous, as well as to invoke God’s presence, and have a powerful impact in the lives of those listening, especially when despair and discouragement would be the more logical and predictable emotions.

So it is with each of us.  If we are to “bounce back and not get stuck,” then we must at some point “sing a new song” which may include actual singing, but more importantly new beginnings, new dreams, new life-giving relationships, and new depth of meaning and purpose with the God who created you, loves you, and has good plans for you in the future.

Are you brimming with optimism as you enter 2020?

Or, do you need to Sing A New Song?

Tell us Your Story!